Finally it seems that the summer storm of 2015 in Southwestern BC (which also affected the Seattle area) is being left behind and moving on to more typical late summer weather and I intend on taking advantage of it and going to a local park and parking my chair and reading for a bit outside.

For those that don't know, there was a major wind storm that came through last weekend that downed power lines and trees (and some pretty big trees were uprooted, one I heard was about 200 years old, due to the dry summer we had in the Pacific Northwest; had no significant rain until this week since about late April/early May) and left over 500,000 BC Hydro customers in the dark at some point during the storm and some didn't have power for several days.  Fortunately, I only had my power out for about 5 hours, but still I was worried that my power would go out again during Saturday (wind gusts were over 90km/hr in Abbotsford; that's over 56 miles/hr) as there are several large trees near where I live and could have potentially come down on power lines or apartment buildings.

As for my reading this week, it was pretty good.  Got Letters to the Lost completed and have made a lot of progress with The Odyssey, especially last night.  I am hoping to finish it by tomorrow, as I am hoping to use it for a square for BOTNS Bingo.

But 20 Books of Summer was a bit of a bust for me.  I had scheduled these books and only read three of the books.  I thought I had put TKAM and Go Set, but unfortunately I didn't.  Oh well, nothing I can do about it now. 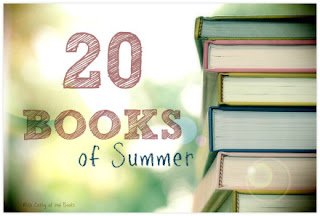 This week I also signed up for R.I.P X, hoping to get at least one book done for the challenge.

Am hoping to blog a little more this coming week.  Happy reading and have a good week. 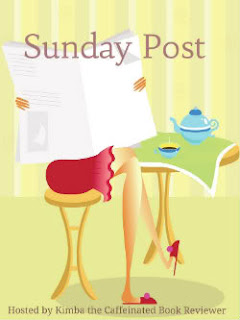 Book Details: Book Title:   Eternally Artemisia : Some loves, like some women, are timeless by Melissa Muldoon Category:   Adult Fiction (18+),   312 pages Genre: Fiction General, Fiction Women Publisher:   Matta Press Release date:   March 2019 Tour dates: June 3 to 28, 2019 Content Rating: PG-13 + M (The themes of the book deal with rape and overcoming sexual abuse. It is a book about female empowerment and how with the right tools, and support women may rise above past tragedies to build a better future for themselves.) Book Description: ​ They say some loves travel through time and are fated to meet over and over again. For Maddie, an art therapist, who wrestles with the “peculiar feeling” she has lived previous lives and is being called to Italy by voices that have left imprints on her soul, this idea is intriguing. Despite her best efforts, however, proof of this has always eluded her. That is, until one illuminating summer in Italy
Read more