Showing posts from February, 2014
Show all

Books finished this week:
• The Luminaries by Eleanor Catton

Books reviewed this week:
None

Books I plan on finishing this week:
• Northanger Abbey by Jane Austen
• HHhH by Laurent Binet
• Relish
• first epoch of The Woman in White

Books I am planning on reading this week:
• Moon over Manifest
• War and Peace
• The Count of Monte Cristo
• Flight Behavior
• Possession
• Somewhere in France

As I write this, I am on cloud nine.  Sure the men's hockey gold medal game wasn't as thrilling as the game in Vancouver, but the important thing is that Canada won the game.  And now we can officially say that Canada is hockey, winning both the men's and women's hockey event.  And we are also curling, by winning both women's and men's events (the Canadian women ran the table and won every curling match that they had during the Olympic tournament, which was a first and even the great Sandra Schmirler, who won in 1998, didn't do that).

While there were events that we had hoped to medal in (namely the short-track), the athletes that represented Canada did really well, whether they were male or female.  I think the most extraordinary thing that happened was that Canadian athletes did very well at the freestyle event, winning 9 medals, including the first defense of an Olympic championship.

Overall, it went pretty good. I finished How to be a Good Wife and Winter's Tale.  I also started reading Somewhere in France and got over half of The Luminaries completed.  But I didn't get around to reading Possession, Moon over Manifest, The Woman in White, and a couple others that I had hoped to read during the 10 day read-a-thon.

I am hoping that this read-a-thon allows me to get some momentum going forward, which it has so far.  Looking forward to next year.
Post a Comment
Read more

Books Finished this week:
• How to be a Good Wife by Emma Chapman
• Winter's Tale by Mark Helprin

Books reviewed this week:
• How to be a Good Wife by Emma Chapman (review)
• Winter's Tale by Mark Helprin (review)

Books I am planning on finishing this week:
• Somewhere in France
• the first epoch of The Woman in White
• Relish
• The Luminaries

Books I am planning on reading this week:
• Moon over Manifest
• The Count of Monte Cristo
• War & Peace
• Possession
• Flight Behavior 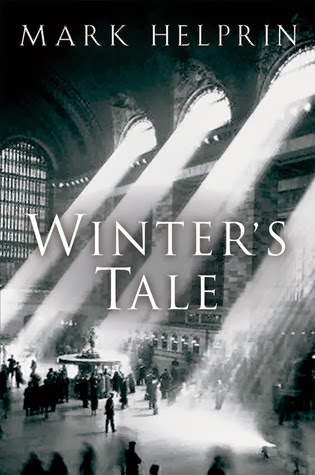 Description: New York City is subsumed in arctic winds, dark nights, and white lights, its life unfolds, for it is an extraordinary hive of the imagination, the greatest house ever built, and nothing exists that can check its vitality. One night in winter, Peter Lake, orphan and master-mechanic, attempts to rob a fortress-like mansion on the Upper West Side.

Though he thinks the house is empty, the daughter of the house is home. Thus begins the love between Peter Lake, a middle-aged Irish burglar, and Beverly Penn, a young girl, who is dying.

Peter Lake, a simple, uneducated man, because of a love that, at first he does not fully understand, is driven to stop time and bring back the dead. His great struggle, in a city ever alight with its o…
Post a Comment
Read more

How to be a Good Wife - Emma Chapman 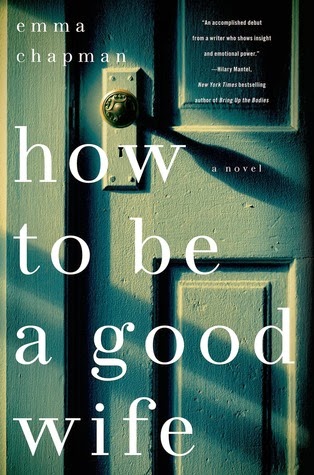 Title: How to be a Good Wife Author: Emma Chapman Pages: 288 Published: 2013 Challenges: I Love Libraries Genre: Fiction, Suspense Edition: Hardcover Source: Library
Description:Marta and Hector have been married for a long time. Through the good and bad; through raising a son and sending him off to life after university. So long, in fact, that Marta finds it difficult to remember her life before Hector. He has always taken care of her, and she has always done everything she can to be a good wife—as advised by a dog-eared manual given to her by Hector’s aloof mother on their wedding day.
But now, something is changing. Small things seem off. A flash of movement in the corner of her eye, elapsed moments that she can’t recall. Visions of a blonde girl in the darkness that only Marta can see. Perhaps she is starting to remember—or perhaps her mind is playing tricks on her. As Marta’s visions persist and her reality grows more disjointed, it’s unclear if the danger lies in the world around…
Post a Comment
Read more

Books Finished this week:
• A Great Game by Stephen Harper

Books I am planning on finishing thisweek:
• How to be a good wife
• Winter's Tale
• the first epoch of The Woman in White

Books I am hoping to read this coming week:
• Moon over Manifest
• Somewhere in France
• Possession
• War & Peace
• The Count of Monte Cristo 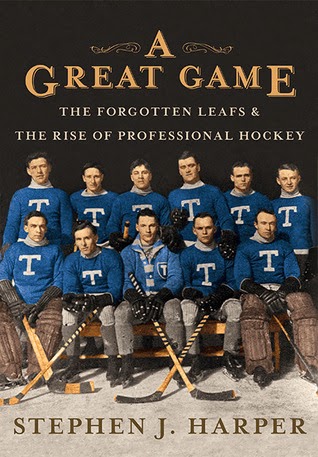 Description:In the tumultuous beginnings of hockey, the fights were as much off the ice as on it. This engaging new book is about the hockey heroes and hard-boiled businessmen who built the game, and the rise and fall of legendary teams pursuing the Stanley Cup. With a historian’s perspective and fan’s passion, Stephen Harper presents a riveting and often-surprising portrait, capturing everything from the physical contests on the rinks to the battles behind the scenes and the changing social conventions of the twentieth century.

A Great Game shows that many things have stayed the same. Rough play, fervent hometown loyalties, owner-player contract disputes, dubious news coverage, and big money were issues from the get-go. Most important in…
Post a Comment
Read more

I totally forgot about this until I checked my email a few moments; guess that is what happens when you get a little too obsessed with one's own issues.  But since this is a longer read-a-thon, I am not too late with starting this one a couple days late.
I have a number of books that need to get completed and some that I just need to work on, so here is the books that I am hoping to finish up during this read-a-thon:
• Winter's Tale • How to be a good wife
Here are the books that I hope to work on: • Flight Behavior • Moon over Manifest • Somewhere in France • War & Peace • The Count of Monte Cristo • The Woman in White
I realize that its a lot of books to work on, but sometimes I like to have more scheduled than I am actually going to read. I don't know if I am going to participate in challenges or twitter chats, but I'll see.
Post a Comment
Read more

Books finished this week:
None

Books reviewed this week:
None

Books I am planning on reading this week:
• War & Peace
• Possession
• The Count of Monte Cristo
• Moon over Manifest
• Winter's Tale
• Flight Behavior
• The Woman in White
• The Mysterious Death of Jane Austen
• A Great Game

I know I am not going to get all these done, but I hope to at least complete one or two of them.  When I list this many books, these are the books that I am hoping to read this coming week.

It only seems like the beginning of January was only yesterday and I was so full of reading plans for the month.

And you can probably guess that it went in the crapper.

I don't know where it wrong, but I think it had something to do with a certain hockey team I follow not play so well and me try to avoid watching them live for the most part.  I did watch them live two games (and yes they actually won both) during the course of the month, but other than those two games there wasn't too much to cheer for in regards to the team.  And that affected my reading.  There were other factors that affected my reading as well last month, including the fact that I really wanted to spend the majority of my birthday reading, but it never came to fruition. And I was a bit disappointed with what went down.